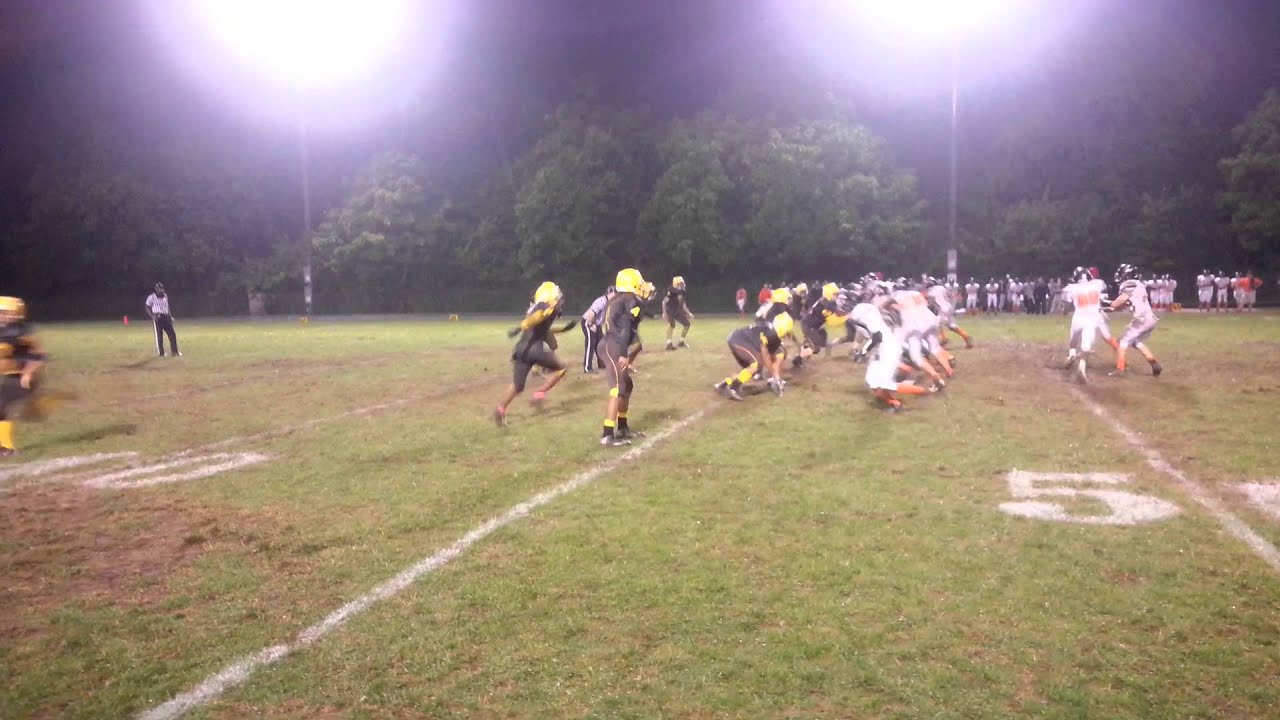 MONROVIA — After a heart-stopping, last minute win over Speedway last week, beech grove football, Monrovia kept the suspense down in its Indiana Crossroads Conference game with Beech Grove, defeating the Hornets 42-26 at home.

That’s not the to say the game didn’t have some drama.

It was close until the final 10 minutes of the fourth quarter, but both the offense and defense did its part in closing out the Hornets.

Monrovia jumped out to a 6-0 lead after a minute had ticked off the clock on a 5-yard touchdown run by sophomore Brayton Belcher.

More:Monrovia football pours it on at Triton Central

More:What we learned: Mooresville returns to Earth, defense is key for Martinsville, Monrovia

The defense did its part in the first quarter after senior Austin Leeds picked off Beech Grove quarterback Adonis Adams, setting the Bulldogs up at midfield.

Belcher crossed the goal line again and the score was 14-0 with five minutes to go in the quarter.

But they weren’t done.

The second half of the dynamic rushing duo, beech grove football, junior Dustin Kostrzewski, scored from 36 yards out to end the quarter up 22-0.

Beech Grove responds in the second beech grove football Grove came alive in the second quarter, scoring twice to narrow the gap to 22-13.

Adams scored on quarterback keeper and Beech Grove had a successful onside kick to get back in the game. Adams then connected with Steven Edmonds for a TD.

Monrovia’s second quarter wasn’t as prolific as the first. To keep Beech Grove off guard, they changed things up, beech grove football, this time scoring through the air when quarterback Eli Wagner connected with senior Gaven Followell to put the Bulldogs up 28-13 at the half.

In the third quarter, the Hornets responded with another score, taking a pick six to the house and narrowing the gap to 28-19.

But the defense stepped up when it needed to preserve the lead.

With six minutes left in the third quarter, Monrovia stopped Beech Grove on fourth down and took over on downs at their own 35 yard line.

The Bulldogs were unable to score, but the Hornets did on their next possession with a passing touchdown by Adams, narrowing Monrovia’s lead to just 28-26 with 11 minutes to go.

Monrovia owns the fourth beech grove football Beech Grove’s push, there would be no need for last minute heroics this week.

With the clock showing 7:58 left in the game, Wagner scored on a quarterback sneak and Belcher added a two-point conversion to make it a two-score game.

The Bulldogs added to their cushion on a chunk play when Wagner and junior Corbin Byrnes connected for a 74-yard touchdown reception to go up 42-26 with three minutes to play.

Senior Hunter Baker took away any remaining hope for Beech Grove when he intercepted the ball, sealing the 42-26 victory.

The win moves the Bulldogs to 5-1 overall and 4-0 in the conference.

Monrovia will have little time to celebrate as it prepares for a big conference game when it hosts Indianapolis Lutheran (6-0, 5-0) on Friday. Both teams are undefeated in conference play, with the Saints coming off a 31-20 victory over Scecina.

The Bulldogs will be looking for payback after last year's 50-0 drubbing at the hands of Lutheran. Monrovia hasn't beaten the Saints since 2015, beech grove football, when it won the state championship.