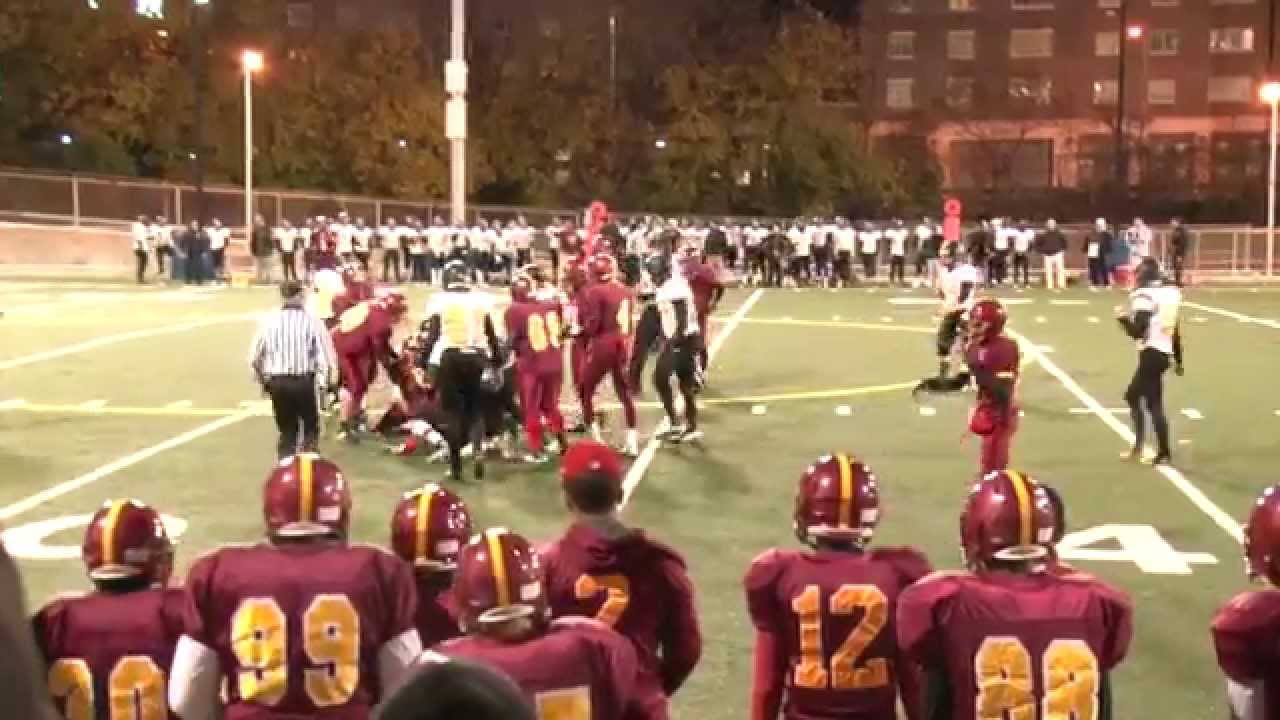 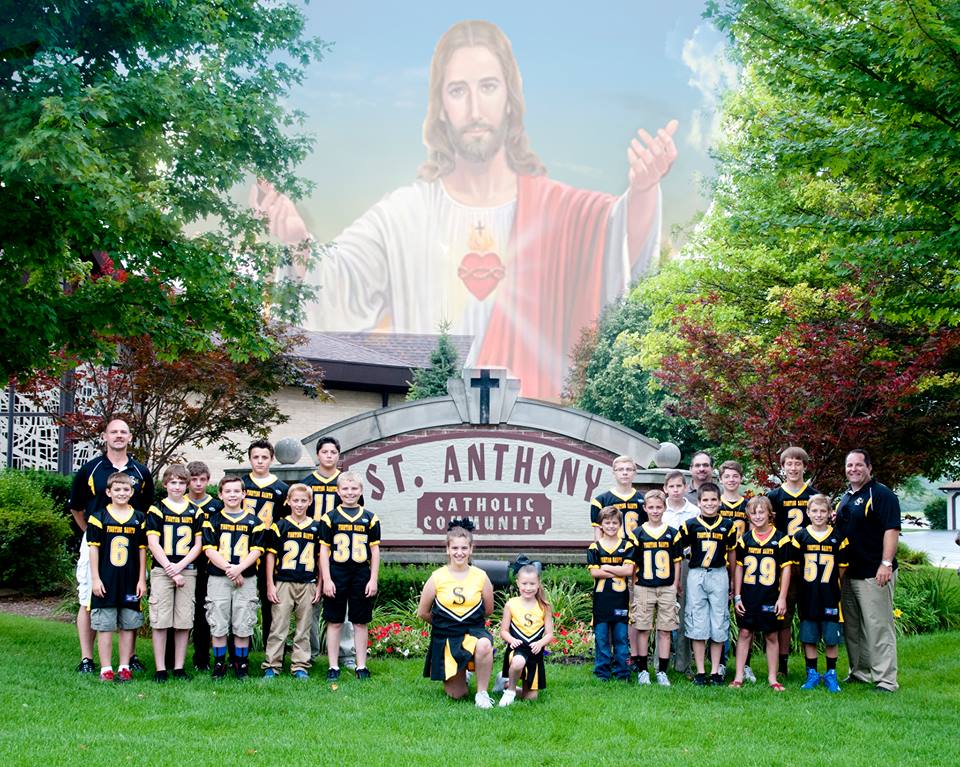 The Saint Anthony of Padua Fighting Saints was brought in concept to Father Greg Skowron in January 2014 by our President Wayne Casey.  After months of planning by a devoted group of volunteers the inaugural season became a reality.  That first season was a great leap of faith as our Tackle, Flag and Cheer programs took flight and was considered a great success by the league officials, our parish, st anthonys football, parents, coaches and kids.  We look forward to sharing this program printable archery score cards our community for years to come.

Led by our tenet of “Conatu Super Facultatem” which means “effort over ability” and inspired by the passionate faith of St. Anthony of Padua, we endeavor through great determination and hard work to press our physical limits, discipline our will and, by the genuine practice of our faith, spiritually nourish those around us.

As leaders, coaches and parents we will encourage healthy and challenging competition, promote positive moral behavior and enable an environment by which a relationship with God can grow.

It is our promise to each other to give our maximum effort, on and off the field of play, and to always support and defend our fellow Fighting Saints.  Renewed by this brotherhood, we affirm to increase the noble values of character, integrity and honesty in each other, our families and our entire Catholic community.

We hereby resolve to achieve this mission and uphold our solemn promise and in doing so we joyfully give all glory to God Almighty.

Football at St. Anthony’s College was not the same football we know it today to be. St. Anthony’s College (the College) was established in 1969 as a private institution for young gentlemen-meaning whose parents had to pay tuition fees for their sons to attend the College. Football back then was played just for the sheer fun of the game. To many observers, the students were spoilt little boys who played football because they wanted a “sweat”. Football meant nothing to them and did not feature in their future plans. The sport was nowhere in their future because their lives had already been decided for them by their  parents, the majority of whom were business owners.

Then came the 1980’s with the  intention to change the way St. Anthony’s College was viewed. The College was in the process of changing from a private institution to a government-assisted school. The best teachers were sought to improve academic and examination results. Among these teachers were Mr. Emmett Glasgow (now deceased), Mr. Martin Cooper and Mr. Stedman Hazel-who decided to assist and train students who were eager to play football. These three teachers were not coaches, but people who loved the beautiful game and were harassed by students to start football in the school.

Students from the Junior Secondary Schools were also introduced in the school in this time period. Life for these students were in stark contrast to those of the private students. These students saw football as a means to improve their future. With the introduction of these students, football became more serious at St. Anthony’s College. Being black at a white school for the Junior Secondary students was a whole new experience. The job of then School Principal, Mr. Paul Borely, was therefore not an easy one. One main weapon in the School’s artillery was sports. Thus with the assistance and support of Mr. Borely and the three dedicated teachers of Mr.  Glasgow, Mr.  Cooper and Mr.  Hazel, a football team were formed and matches was played with other schools who showed no respect for the young and inexperienced players of the College. Although there was no football coach or Physical Education teacher, the teaching staff, who knew little or nothing about football, gave full support. This was noticed by the students. The students, through sport, became closer together.

The year was 1983; the month September, the date Monday 5th. On this crucial date saw the introduction of a second set of Government teachers. These included St. Anthony’s College new Physical Education teacher and football coach, Mr. Nigel Grosvenor who soon became known as ‘Groovy’. Mr. Grosvenor was a past student and footballer of Trinity College, Moka, Maraval and graduate of West Virginia University via a football scholarship. There he obtained his Bachelor of Science in Physical Education and upon return to Trinidad, taught Physical Education at  St. Benedict’s College before coming to St. Anthony’s College.

Besides being a Physical Education teacher and football coach, Mr. Grosvenor was also st anthonys football in the game itself, representing Essex Football Club in the Trinidad and Tobago Football Association, being the club’s leading goal scorer. However his career was cut short by an injury during a match. Mr. Grosvenor viewed his injury with a positive attitude saying “God wanted me to get closer to St. Anthony’s College” and thus gave him more time to concentrate on football at the College and its goals. (The lesson to both students/players/prospective players and their parents-a lesson that Mr. Grosvenor and the College continues to endorse: “Never count on football alone. Get your education first and anything can come after that”. )

St Anthony's Football Club is a Scottish non-league football club based in Glasgow. Nicknamed the Ants, they play in green-and-white hooped kits and currently operate in the West of Scotland League Conference C.

Founded in 1902, they were members of the Scottish Junior Football Association from that time until 2020 when all local clubs moved to the new West of Scotland Football League, becoming part of the senior football pyramid for the first time.

St Anthony's were originally based in the heart of Govan[1] and then played at two grounds on either side of the Moorepark neighbourhood close to Ibrox Stadium, home of Rangers, until the 1990s; however, the Ants have strong cultural ties st anthonys football Celtic, having originated via the st anthonys football branch michele clark high school basketball the League of the Cross Catholic abstinence society which drew much of its membership from the Irish immigrant community.[1] Since 1999 their home ground is McKenna Park in Shieldhall, st anthonys football, directly north of the M8 motorway[1] (the road was built through Cardonald Park and so the ground often referred to as being located in the Cardonald district, although it lies on the other side of the motorway).

The team reached the final of the Scottish Junior Cup on two occasions (1919 and 1925) but never lifted the trophy. They won honours in the Scottish Junior League up to 1922 when they joined the more prestigious Glasgow League,[2] remaining with that group in the subsequent decades through the Intermediate, Central and West Region eras, into the 21st century. They were West of Scotland Junior Cup winners in 1938, but never seriously challenged for major honours after World War II.[3]

The following players all represented Scotland at full international level after stepping up to Senior football direct from St. Anthony's:[4][5]